In Memory of Amira Farah

Passed away surrounded by her loving children on Thursday, April 29, 2022.

She will be dearly missed by her many cousins, nieces and nephews here and in Lebanon. Gone but never forgotten.

Many thanks to the care and support of Champlain LHIN, Paramedics and Palliative Care and the Ottawa Hospital Cancer Centre. Donations in Amira’s memory to the Ottawa Regional Cancer Foundation would be greatly appreciated.

So sorry for your loss. May God give you strength to go through these tough moments. May her soul Rest In Peace 🙏

Sending our sincere condolences on the loss of your mother, mother-in-law, loved one. 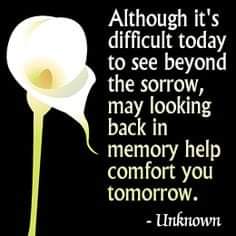 Allah yerhamik khalto😔 I pray that your soul rests in peace, I will.miss our talks and jokes together😔😔still cant believe your gone😔

An easy way to send Flowers to your loved ones

We’ll guide you with support and empathy.

At Heritage Funeral Complex we like to offer an opportunity for you to ask us any questions that you may have about funerals, funeral planning or a current / past service that we provided. Your questions will remain confidential and we will only contact you by your preferred method.

You may also feel free to contact us directly, in person or by phone, any time of the day.

INFORMATION ABOUT THE COVID-19 & FUNERAL SERVICES

Dear Valued Member of our Community,

We understand that all of the news coverage and concerns regarding the COVID-19 virus can raise a lot of questions regarding funerals. We want you to know that Heritage Funeral Complex is still here to assist you 24-hours a day, 7-days a week. We are taking every precaution to provide you and your loved ones with a safe environment. In order to reduce risks of spread of the Coronavirus and protect our customers, we are taking the necessary hygienic precautions.

We recommend that families and the community take the following preventative actions:

– If you are sick or have been in close contact with someone who has been to a foreign country or has been sick, please stay home.
– Condolences can be sent via our website.
– We highly recommend that the elderly and those with chronic illnesses avoid funerals until the COVID-19 pandemic has passed.
– Avoid hugging, kissing or shaking hands with others.
– If you must attend a funeral, employ “social distancing” and be mindful of those around you.
– Use tissues when you sneeze or cough and throw it away in the trash.

Our intention is to provide you and your loved ones with the funeral services you require, while managing to keep everyone safe.

We invite you to consult the official government websites (Federal, Provincial & Municipal) for information on Covid-19 and what you can do to prevent its spread.

Note that viewings and funeral services may be postponed due to the Coronavirus situation or at the request of the family. We invite you to consult our web site for up-to-date information on whether funerals have been postponed, please see our online obituaries page.

We appreciate your understanding and look forward to serving you and your family.

Probate is the legal process that transfers legal title to the property of the deceased’s estate to their beneficiaries. During the probate process the executor of your will goes to court and identifies all the assets you owned, assesses the ownership of it, and pays all debts and taxes, proves that the will is valid and legal, and distributes the property according to the instructions of the will. Probate can be a lengthy legal process if there are no probate plans in place. Just talk to your lawyer to find out what you can do to avoid probate in your area.

Everyone knows they should have a will, but the vast majority – about 70% of us – don’t. Writing a will is easy and inexpensive, and once it’s done, you can rest easy knowing that your hard-earned money and assets will be distributed as you wish. In addition, if you have children, you can indicate who will take care of them when you die in order to avoid this decision being taken by the courts. Making a will is easy, you just need to be at least 18 years of age and be of sound mind when writing the will. To make a legal will, you must

Although you do not need a notary to make a will, it is recommended that you do so with a lawyer as it will avoid all the legal headaches after your death. Once your will is completed, it is recommended that it be kept in a safe and secure location outside of your home. If you have your will made by a notary, most law firms will keep it for you free of charge. Many people keep their wills in a safe deposit box at a bank, but this is not recommended as the contents could be sealed at the time of death. The executor of your will should be aware of its location.

What needs to be done with bank accounts after death varies by region. In some areas, bank accounts are automatically frozen after a death. To avoid any complications, the bank should be informed immediately, and you should find out the procedures for the release of these funds, and how to set up a new account for funds received after death. It is recommended that the joint account remain open for at least six months to allow you to deposit checks that are made out to the deceased. To remove a name from a joint bank account, banks require a certified copy of the death certificate. If the deceased had a safe deposit box in a bank, the contents can be sealed after death and a certified copy of