Passed away surrounded by her loving children on Thursday, April 29, 2022.

She will be dearly missed by her many cousins, nieces and nephews here and in Lebanon. Gone but never forgotten.

Many thanks to the care and support of Champlain LHIN, Paramedics and Palliative Care and the Ottawa Hospital Cancer Centre. Donations in Amira’s memory to the Ottawa Regional Cancer Foundation would be greatly appreciated.

So sorry for your loss. May God give you strength to go through these tough moments. May her soul Rest In Peace 🙏

Sending our sincere condolences on the loss of your mother, mother-in-law, loved one. 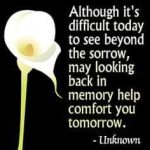 Allah yerhamik khalto😔 I pray that your soul rests in peace, I will.miss our talks and jokes together😔😔still cant believe your gone😔